Today i used the Speak Activity.
The speak activity is where a computer generated voice speaks what you type. For instance if you type 'hello' the computer will say it in a voice that you choose e.g. robot etc. I found this application very amusing.

Thank you for Reading.
Posted by Milk Chocolate at 3:00 PM 2 comments: 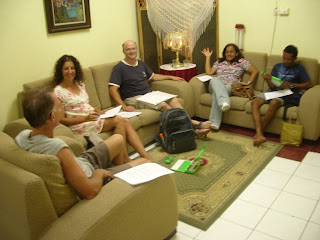 Today Rosemary and David a self funded group,

Talked about their trip to East Timor and how they helped the locals with I.T skills and other things in the computing world.

We were taught a Tetum word, Mallai - which means 'White Man' which is used for any foregners. 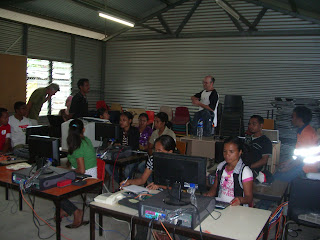 We were told that even if people don't have a lot most do own a scooter for transport. Also we found out that mobile phones are common but are not used much as it is expensive.

They also talked about a place where people are trying to make it so businesses can access the internet in East Timor. We found out that most people who own or have use of computers use the operating system Linux.

While they where at Timorleste they had many interactions with many different missionaries. They spoke to missionaries from Australia and America, one missionary's family had all moved to Timorleste and his children get home schooled.

I found the talk very interesting on how people are trying to introduce technology like the XO to a third world country.